Nagoya isn’t a very touristy city, we knew this going in. But we also knew that today there was a flea market near the (only noteworthy) temple. So in the morning we headed towards the Kannon temple. Though they had some pretty things, everything was still pretty expensive. We had some fun looking around the market and the temple before we decided to head to some nearby stores that seemed like fun, concerning second hand games and such goods. Though we didn’t find anything we wanted it was still fun to browse. 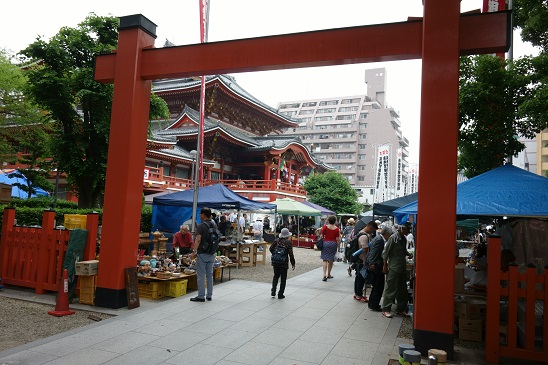 Nagoya also has a pokemon center, so that was our next stop. It’s always fun to visit the different pokemon centers because they carry goods unique to that location. And it’s pokemon so it’s all ridiculously cute! 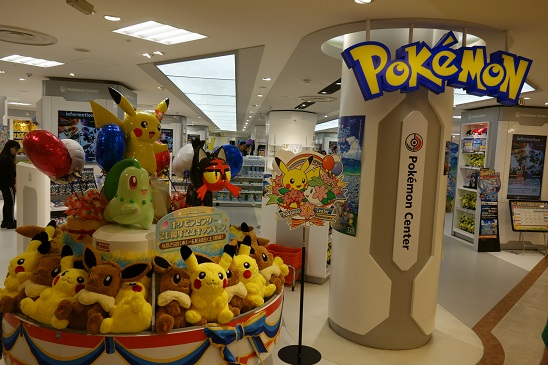 We spent the rest of our day visiting more gamey stores and various arcades. We played a bunch of pop’n music and taiko no tatsujin. When it was time for dinner Rhonja located four restaurants that seemed nice. The first was full…. The second was also full…. The third was weirdly deserted….. But the fourth had space and wasn’t empty either! The food was fairly decent but Rhonja had to eat grilled mackerel with chopsticks which was a challenge to say the least! 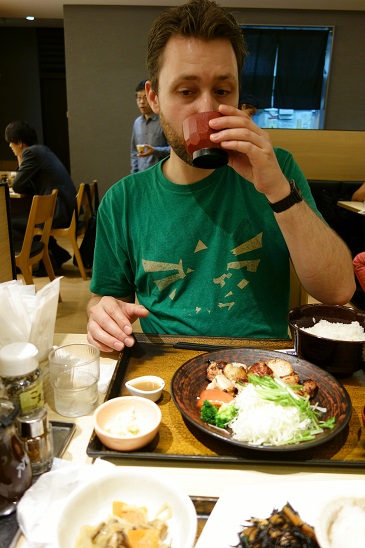 The evening was young and we really like playing games at the arcades. So we went back to the arcade for more pop-n-music, but we also gave jubeat a try. It’s another rhythm game with a 4×4 grid of buttons that show an animation of when you need to press them. It’s a lot of fun! Rhonja likes it because it has easy to follow visual cues. 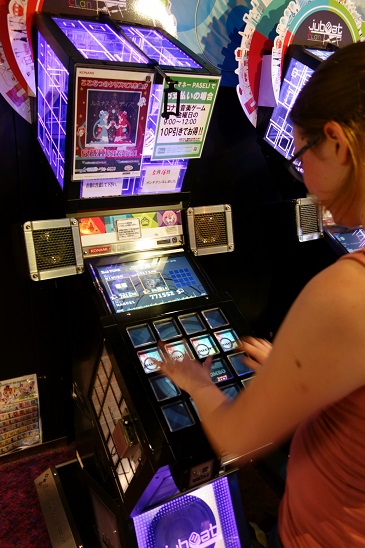 Tomorrow though it’s time to head to the big one, Tokyo! We already picked a bunch of places we want to visit so we’re sure to have a blast there as well.