This last morning in Nagoya we didn’t do anything special. We soon headed for Tokyo. It’s a fairly long trip but since we left early we arrived around noon. Our room unfortunately wasn’t ready yet so we went across the street for lunch in what turned out to be a sports bar. The food was good though, we had a meat and rice bowl with some gyoza (baked dumplings) on the side.

We also decided to make a short visit to Akihabara to start visiting some stores and check out arcades. Marcel scored Hyrule warriors for the nintendo switch today. It’s in japanese, obviously, but the game doesn’t really contain much story so that’s okay. Rhonja didn’t manage to find a cool e-musement pass yet though, but she’s still having fun playing the games.

Afterwards we checked into our hotel, where we even got some origami cranes! 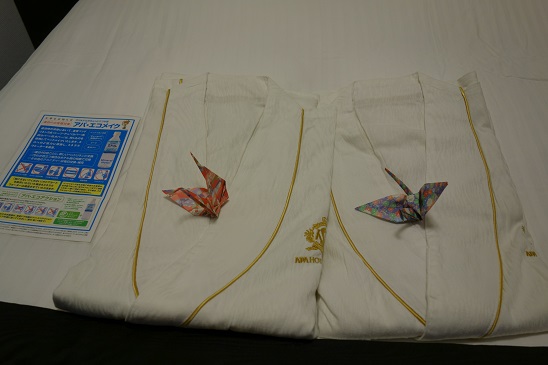 For dinner we decided on a place that as far as we could tell served noodles with meat. It used a 100% japanese ordering ticket machine though, but luckily the server immediately brought out an english menu and told us to call him when we were ready to order and he’d help us with the machine. We both got some cold noodles with pork and a sardine soup. And we figured out the soup is more of a sauce. By sneaking a peek at other patrons we saw them put the noodles in the (relatively thick) soup before eating them. It was really good! 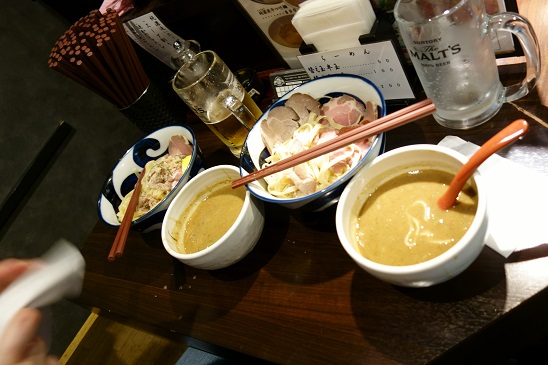 Afterwards we visited another arcade, where Rhonja played one rond of jubeat before we decided we were kinda tired and headed back to the hotel for the night.