This morning we got up a bit earlier because we wanted to visit Fushimi Inari Taisha, which can get really crowded later in the day.
We also went here last time during the Golden Week, but after half an hour of shuffling along we decided to head back.
Today was different, there were hardly any people and what took us half an hour last time was only 1-2 minute walk now. 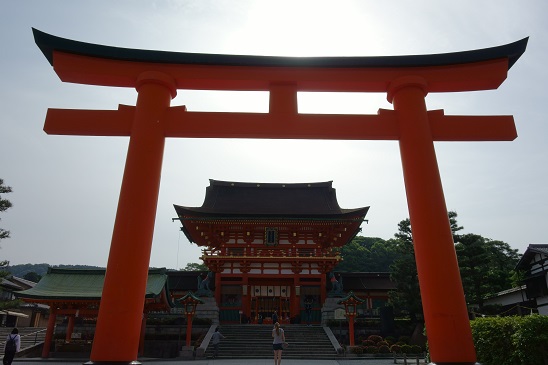 We were surrounded by huge gates (Torii), all being a slightly different size. Families and companies can donate money to erect a shrine, and of course more money equals a higher torii. They start at a few euro’s for a torii of a few cm’s, and go up to €10.000+ for the bigger ones seen in the picture 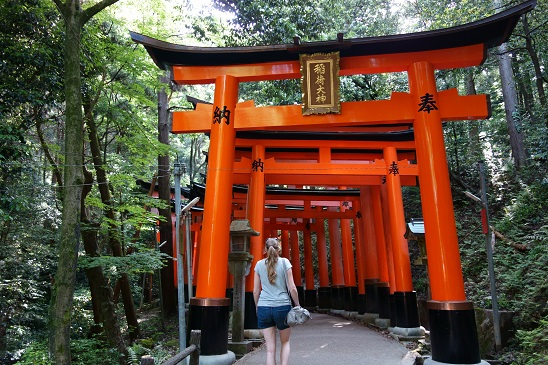 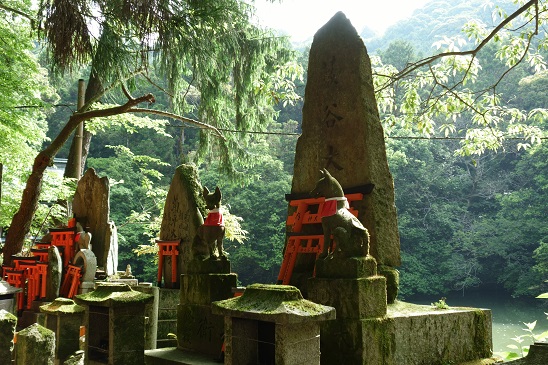 Afterwards we headed back to our hotel to pick up our luggage and headed off towards to Kyoto Station.
At the station we bought Shinkansen tickets to Nagoya. Of course we went for the cheapest ones, these were for unreserved seats.

When we got to the platform, we were just in time for the train and jumped in. The car we were in however was reserved one, so we kept walking to the back in hope of finding an unreserved car. After about 4-5 cars we still didn’t find an unreserverd one, so we just sat down. Of course within a minute (just after Marcel loaded our luggage in the overhead compartments) the conductor came by and told us we were in the wrong seats and showed us where the unreserved car was. (Luckily with enough empty seats left)

After about 40 minutes we arrived in Nagoya and dropped our luggage off at the hotel. Our room wasn’t ready yet, but Rhonja already figured out some nearby arcades where we could spent some time until we could enter our hotelroom, so we did just that. (After making a quick stop at a pizza place we passed)

We played some Pop’n Music, Marcel even got to play a peeing game in the mens toilet
(Peeing and taking photo’s is a bit hard to do, so just a picture of my highscore) 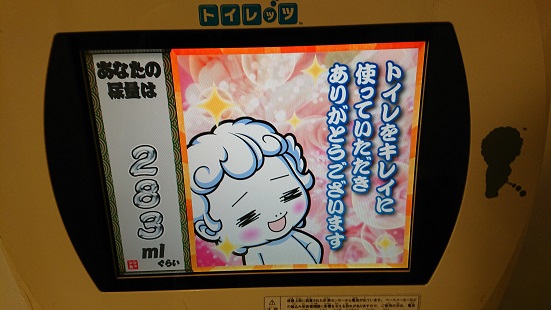 and just when we were about to leave we spotted a Japanese Railway Simulator which seemed way too cool to pass without trying, so Marcel did: 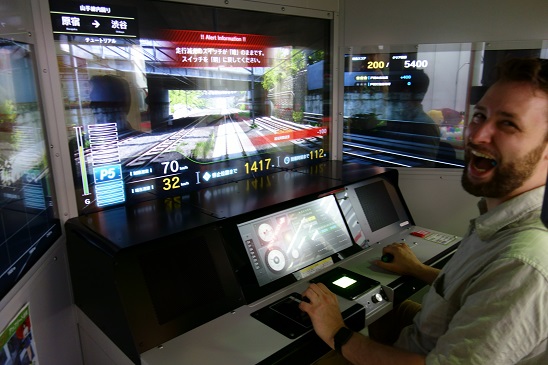 Back at the hotel we rested for a bit and for dinner headed out to a nearby Coco Curry, which is always a good choice when you don’t want to make difficult decisions of what to eat.

After dinner we just relaxed for a bit. Found Luigi’s Mansion in a different arcade, which of course we played, and afterwards headed back to our hotel.