Obviously, using Rhonja’s exceptional navigation skills, we arrived in one piece. We couldn’t check in untill 14:00, so we decided to start our trip in Japan at the Osaka Aquarium. Marcel had already been there before, but Rhonja really wanted to go and see the Mola Mola fish, which is really silly looking. The aquarium was celebrating a new exhibit so they had some really cool koinobori on display outside which Rhonja really liked.

The aquarium itself was also worth the trip. Some of the exhibits are a little small, but their newest one was pretty huge and even contained a whale shark! The entire aquarium is built along a downward spiraling route, taking you past the exhibits multiple times at different levels which is really neat to see. 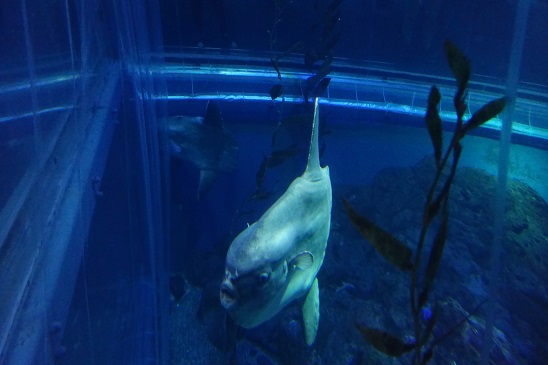 After visiting the aquarium we rode the ferris wheel outside. It’s got a bunch of regular gondola’s and a few that are all glass. The all glass ones had a large queue though, so we decided to take the regular ones and enjoyed the view all the same. 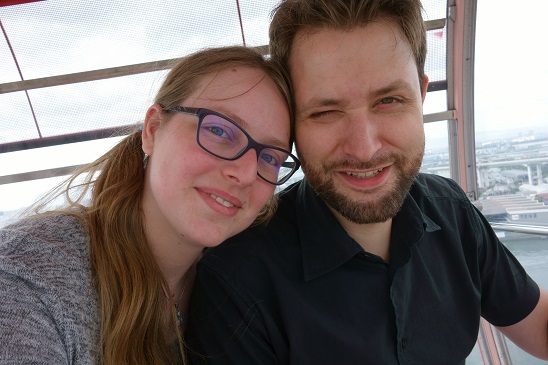 Rhonja didn’t quite want to go to the hotel yet, though Marcel could use a little rest, so first we explored a nearby mall for a little bit. There were some peep holes in the wall where you could see kangaroos, capybara and an alpaca and it seemed to imply to be some sort of petting zoo. Rhonja was sold.
The “zoo” was divided into three rooms. One had open cages with rabbits and guinea pigs with some free-roaming turtles, one had cats, dogs and a pig and the last held the capybara, kangaroo and a bunch of owls. Note the missing alpaca here, as it was unfortunately led away as we reached the final room of the zoo 🙁 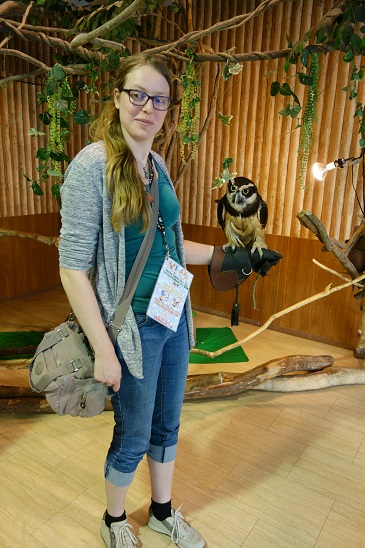 After some intense petting we noticed we were both pretty tuckered out from the long flight and activities so we headed back to the hotel for a nap. The room is cozy to say the least as everything fits exactly into this room with little space to spare. But considering we pretty much only sleep here and it’s all very clean that’s fine.

Marcel headed out for a bit while Rhonja continued to snooze. He did wake her up for a bit telling her to open the door when he returned.
When he did return, Rhonja wasn’t responding to the knocking on the door. Marcel, who was still standing outside the room, also heard Rhonja’s alarm (which she set earlier to make sure she didn’t oversleep) going off, but it was all in vain; Rhonja wasn’t waking up…
Luckily the hotel staff was able to get Marcel into the room with the spare key, so he was finally able to wake Rhonja up to get some dinner.

When we were strolling around in the afternoon, we already passed a place where we decided we would eat: Coco’s Curry. (And like last time, it most probably won’t be the last time) 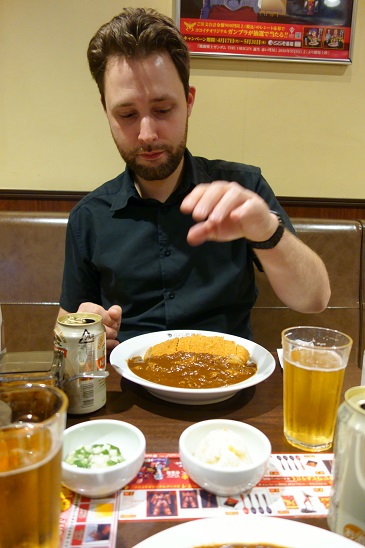 We had a great dinner there and to make the evening complete we also visited Tako Tako King, were both Rhonja and Marcel showed off their Japanese language skills and ordered beers and Takoyaki (They were very impressed!) 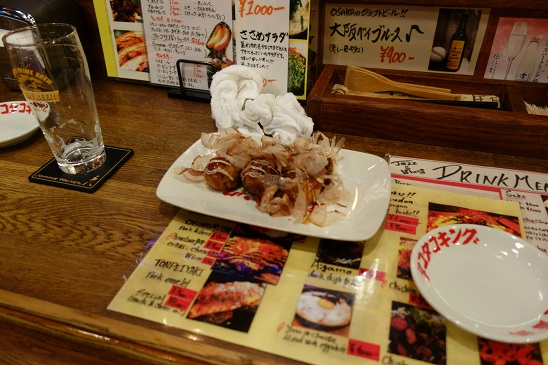 Back at the hotel Marcel again tried to show off, but unfortunately this time the staff didn’t exactly understand his way of saying “1319” (Which is sensanbyaku juukyuu, but the intonation caused some confusion), but he still got some kudo’s for trying.

Now headed to bed for some sleep. Only Rhonja knows what tomorrow will bring! 😀

2 thoughts to “The first day back in Japan”