One place Rhonja really wanted to visit was Gujo Hachiman. The only problem was that it’s out in the countryside, so we got up at 7:00 to go there with a combination of subway, train and bus. Though yesterday the weather forecast for today was a little iffy with some rain, when we checked again today it would be cloudy but dry. We felt really lucky as we didn’t want to repeat our last sidetrip.. 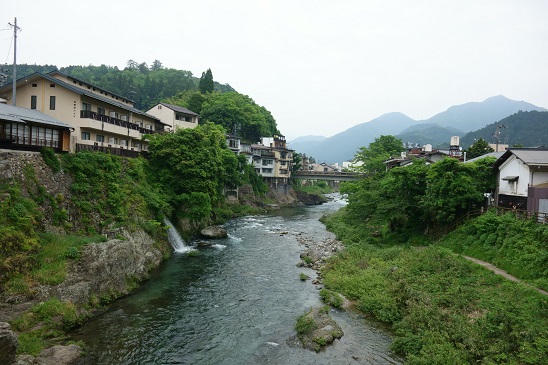 Rhonja already read that there’s a lot of stuff to do at Gujo, and that there’s a combination ticket available at the tourist center so that would be our first stop. Though the people behind the counter didn’t speak any English, with the help of a sign and some pointing Rhonja got some idea of what the two types of tickets entailed. And with the help of Marcel’s translation app we got a little further. When we went to actually buy the ticket at the next counter, the clerk there called someone over who was able to explain it all in english. Why they didn’t bring him out in the first place we’ll never know… But we got a ticket with which we could visit the castle, museum, one out of three art galleries and two consumption tickets each, redeemable at several locations all over town.

We decided to go for the castle first as it was rumoured to have an awesome view. The view was indeed pretty great once we got up the mountain and to the top floor, but what we really appreciated was how few people decided to make the climb. We spent a little while all alone on the top floor which meant we could enjoy the view at a very leisurely pace.

Following the map we got, the museum seemed our next logical step. It was small and fairly nice, but all the signs were in Japanese. They told about the history and events of the town, and they also had large collections of dolls engaged in a few activities. There was also a traditional dance demonstration every hour and we got some shitake mushroom soup samples (delicious!). 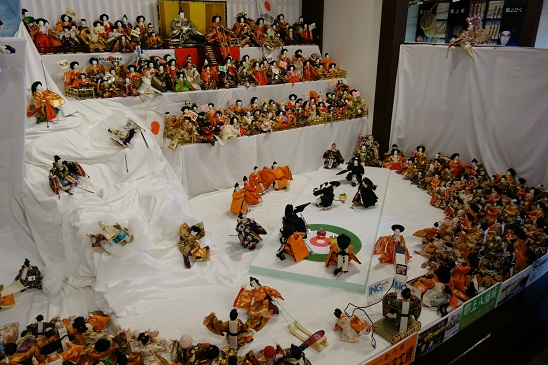 One of the main reasons Rhonja really wanted to visit Gujo though, is because it’s the home of the plastic food samples! Japanese restaurants often have food samples on display outside so you can see what kind of stuff you can order and apparently 60% of the stuff comes from Gujo. 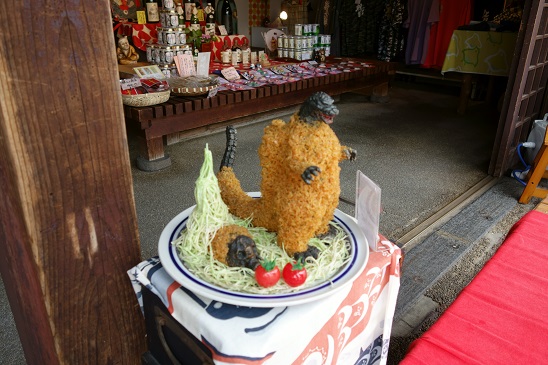 Some of the stores offer workshops where you can make your own which sounded like a lot of fun!
We located one store that offered workshops, but unfortunately to make tempura shrimp we would have to wait 1,5 hours. However, if we wanted to make our own fruit dessert with a note-holder we could do that right away. Though the tempura would’ve been a more hands-on thing this was a lot of fun to do as well. You got to choose a type of cup (round or heart shaped) and 5 items (strawberry, pineapple, kiwi, tangerine, blueberry, chocolate or maraschino cherry). The cream holds it together like glue. 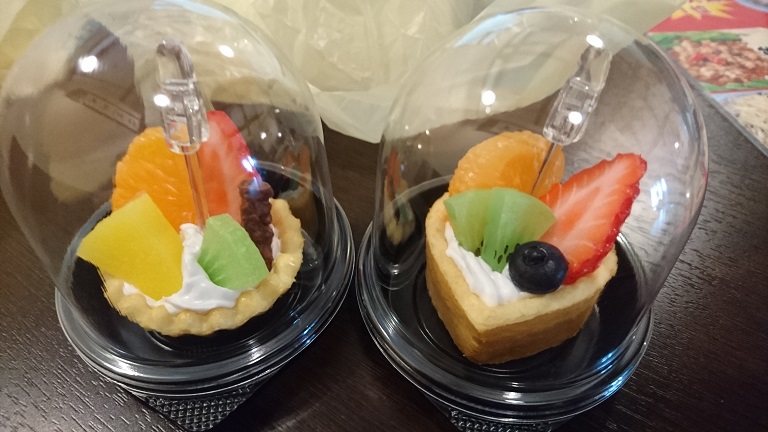 After this and some scenic views, we spent our coupons on a fake cookie keychain, some local sake and crunchy cookies! Marcel also bought a fake takoyaki keychain because he has some fond memories concerning takoyaki.

Gujo Hachiman was definitely worth the trip out there! Upon returning to Nagoya we headed out for dinner and our favourite after-dinner activity – the arcade!
We started with some pop-n-music and Marcel really wanted to play some coin-dozers. The dozers here are pretty neat as they seat 2 at a machine (convenient) and they have mini-games while you play that give you more coins in the machine! Obviously we didn’t have a clue what we were doing. We did have a few buttons which sometimes would light up and we would press, but they might’ve well been duds for all we know. We didn’t win anything, but we did have a blast! 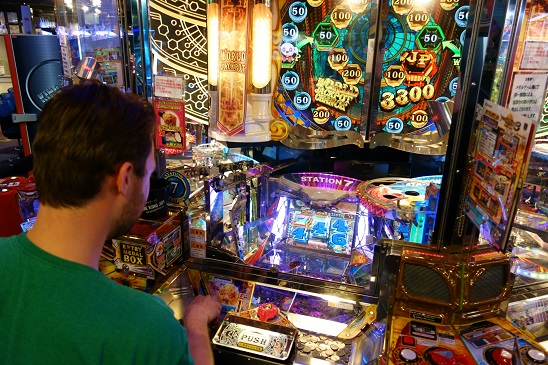